His Excellency Prof. Koutoub Moustapha Sano, Secretary General of the International Islamic Fiqh Academy (IIFA), received His Excellency Ambassador Rizwan Saeed Sheikh, Permanent Representative of the Islamic Republic of Pakistan to the Organization of Islamic Cooperation (OIC), and his Deputy, His Excellency Mr. Liaquat Ali Warrish, on Thursday 01 Dhul Hijjah 1443H corresponding to 30 June 2022G at the headquarters of the General Secretariat of the Academy in Jeddah.

The Ambassador expressed his sincere thanks to His Excellency the Secretary General for the warm welcome and his gratitude for this precious opportunity that was given to him to meet with His Excellency directly upon his return from Afghanistan, where he was at the head of the Ummah scholars’ delegation that visited Kabul a few days ago to discuss a number of issues that concern the Muslim world and the entire international community. His Excellency stressed that his country’s government, as the current chair of the Council of Foreign Ministers of the Member States of the OIC, is following with great interest the course of events in Afghanistan, especially the outcomes and results of the Ummah scholars’ visit to Afghanistan. His Excellency also expressed once again his country’s full readiness to provide full support to the Academy and the delegation in all the areas and issues it needs in order to succeed in its mission and achieve what was requested of it by the member states of the Organization. 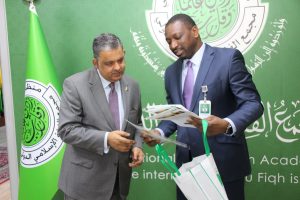 For his part, the Secretary General thanked the ambassador and his deputy for the visit, and for his keenness to keep pace with the activities of the Academy, especially the work of the official visit of the Ummah’s delegation to Afghanistan under the leadership of the Academy. His Excellency also praised the continuous support provided by the Islamic Republic of Pakistan to the Academy over the years, noting in particular the great support received by the delegation of Muslim scholars from the State of Pakistan in preparation for and during the visit. His Excellency then touched on the topic of the visit of the Ummah scholars’ delegation to Afghanistan and briefed the Ambassador on the official meetings held by the delegation with senior officials and scholars from the Taliban government. The delegation met and dialogued with a number of ministers from the current government and the Deputy Prime Minister, in addition to a special meeting for dialogue and debate with the most influential Afghan scholars at the official and popular levels. His Excellency conveyed to the ambassador the delegation’s satisfaction with the progress of the meetings held by the delegation and its optimism that this first round of dialogue would yield positive results that would benefit the Afghan society.

At the conclusion of the meeting, the two parties agreed to continue coordination and communication regarding the Afghan topic and other issues of mutual interest, such as holding an international conference on Islamophobia in Pakistan during the last quarter of 2022. 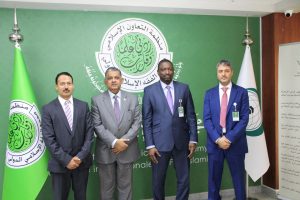