His Excellency Prof. Koutoub Moustapha Sano, Secretary General of the International Islamic Fiqh Academy (IIFA), participated in the Hajj Expo 2023, in its second edition, which was inaugurated by His Royal Highness Prince Khaled Al-Faisal, Advisor to the Custodian of the Two Holy Mosques, Governor of Makkah Al-Mukarramah Region, and His Royal Highness Prince Faisal bin Salman bin Abdelaziz Al Saud, Governor of Al-Madinah Al-Munawwarah Region, with the participation of 81 speakers from the public and private sectors from inside and outside the Kingdom of Saudi Arabia, and high-level delegations of Excellencies, Ministers of Religious Affairs, heads of Hajj missions and higher authorities from more than 57 countries, from 16 to 19 Jumada II 1444H corresponding to 09 to 12 January 2023G.

His Excellency the Secretary General participated in the first main session of the second day, which was moderated by His Excellency Sheikh Dr. Saad bin Nasser Al-Shathri, Advisor at the Royal Court, member of the Council of Senior Scholars, and it was titled “The Fiqh of Facilitation in Hajj and its Impact on Facilitating Services.” 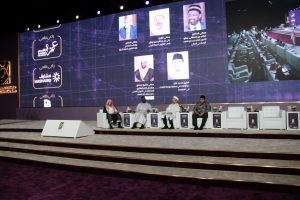 At the outset of his intervention, His Excellency expressed his appreciation for the great services and facilities that this blessed country has been providing to the pilgrims, Umrah performers and visitors. He also praised the rapid developments and qualitative changes witnessed by the Ministry of Hajj and Umrah and all institutions that work in the field of Hajj, Umrah and visitation. Then he explained that it is necessary to make maximum use of the various Fiqh rules and Ijtihad regarding Hajj and Umrah, stressing the importance of implementing the rule of facilitation and removing awkwardness, noting in the meantime that “the hardship that brings facilitation is that unusual hardship that brings embarrassment, inflexibility and distress to the pilgrims, and with these great services and facilities provided by the Kingdom of Saudi Arabia, there must be a Fiqh accompanying them that makes maximum use of them, and should be evident in the pilgrims being aware, knowledgeable and familiar with the provisions of Hajj. Pilgrimage consists of several provisions, including the pillars, duties, Sunnahs, and mustahabs (desired deeds). So, when dealing with issues in which there is disagreement among the jurists, we should take advantage of all the Ijtihad and options that this intellectual and Fiqh rich heritage consists of that our blessed ancestors left for us, and it is necessary to give weight to the sayings and opinions that keep pace with the changes and developments that pilgrimage is witnessing at all levels. His Excellency pointed to the need to enhance awareness among the public that there is no sin in matters in which they differed, and that acting on one of the opinions in diligent matters does not result in sin or disobedience, adhering to the rule of no denial in matters of diligence, and the saying of Sufyan al-Thawri or Imam Ahmed that what scholars differed in it do not forbid it, because every diligent is correct. 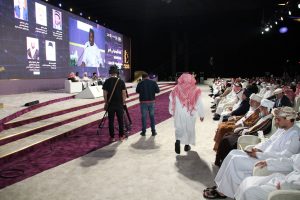 Accordingly, there is a number of Ijtihad in Fiqh that should be weighted and acted upon today in the light of contemporary reality, including the legality of stoning at all times, the legality of leaving Arafat before sunset, the legality of seeking before going to Mina on the day of Tarwiyah (Eid Day), and other issues that should be reviewed in terms of Ijtihad in accordance with contemporary reality, and includes lifting the embarrassment, and facilitating for the pilgrims, Umrah performers, and visitors, in order to ensure benefit from the distinguished qualitative and quantitative facilities and services, and to facilitate the performance of the rituals and ward off hardship and trouble.”

It should be noted that the second edition of the Hajj and Umrah Services Conference and Exhibition “Expo Hajj 2023” concluded successfully, and an extensive attendance of more than 60,000 visitors from all over the world was recorded, with the participation of more than 200 companies specialized in Hajj and Umrah services, and many government agencies concerned with the services of pilgrims and Umrah. It should also be noted that the conference witnessed different activities over the period of four days, many scientific sessions and discussions, as the number of main sessions reached 9 sessions, and the number of discussion sessions 4 sessions, in addition to 2 presentation sessions and 36 workshops, presented by 70 local speakers and 11 international speakers who reviewed the reality and future of Hajj and Umrah services through 3 axes: improvement, competitiveness and sustainability. 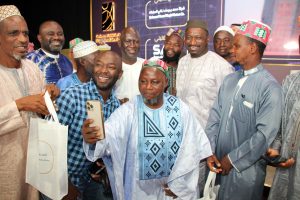